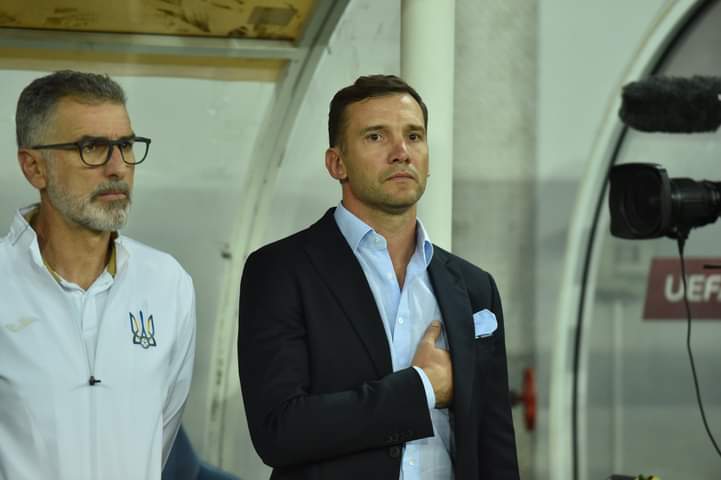 Andriy Shevchenko has been sacked as head coach of Serie A club Genoa after just 11 games in charge of the club.
Shevchenko enjoyed a sparkling reputation as a player due to his goalscoring exploits with Dynamo Kyiv, Milan and Chelsea, which ultimately led him to win the Ballon d’Or in 2004.Following his retirement from the game in 2012, he went into coaching with the Ukraine national team four years later.He quit the post in August to move into club management but has quickly found to his cost the c coach Andriy #Shevchenko has been relieved of his post. The Club thanks the coach and his staff for the hard work they have done in recent months,” a statement published on social media has indicated.Shevchenko’s record is a lamentable one.In his 11 fixtures, Genoa’s only victory came against Salernitana, now the only side below them in the league, in the Coppa Italia. In Serie A, meanwhile, Genoa lost six of the nine fixtures that Shevchenko oversaw and failed to win a single one of them.Moreover, his side were lifeless offensively, managing just three league goals during his tenure.His final match in charge came against his former club Milan in the Coppa Italia in midweek. Genoa held a 1-0 lead for much of that game but after an Olivier Giroud equaliser 15 minutes from time, the home side won through in extra-time.Genoa have indicated that Abdoulay Konko will take over from Shevchenko in the meantime.