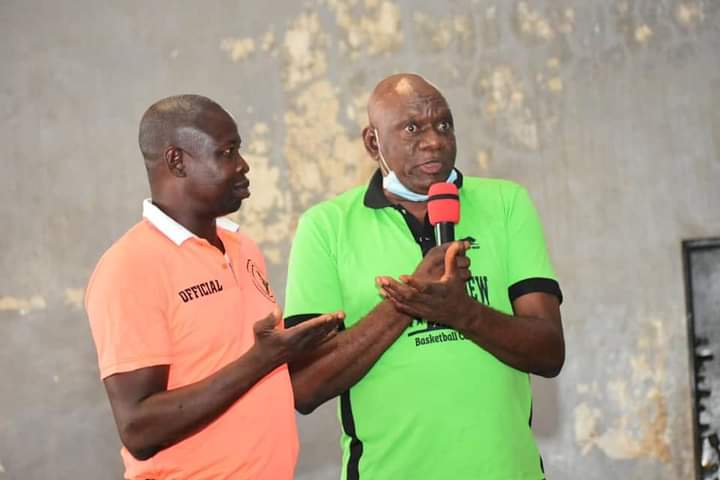 The third edition of the Coach Andrew Isokpehi basketball camp has again ignite passion and hope of excelling in the game of basketball among basketball players and other grassroot talents in Ondo and other neighnouring states who took part in the three days event.

The basketball challenge which took place at the indoor hall of the Akure sports complex witnessed several basic basketball rudiments, drills and inspiring talks from relevant stakeholders and top basketball coaches in the country even as players went home with cash prizes, medals and other special forms of recognitions.

Speaking with journalists,Coach Isokpehi said some of the aims of sustaining the annual basketball challenge is to motivate the players,tutor the upcoming raw talents,keep the players fit and introduce them to other basketball academy and teams in and outside the country for exposure.

The retired basketball coach noted that the annual basketball challenge has produced several players some of which are making waves in Europe and said some raw talents have also been pinpointed for national and European clubs so as to achieve their dream of playing the dunk and slam game.

Players from neigbouring states of Osun and Ekiti participated in the three days basketball challenge.

Answering questions on the inability of the Nigeria basketball federation in organizing the national league for over two years despite the backing of notable sponsors,the member of the NBBF technical committee said court order as filed by some section in the basketball fraternity had halted actions in the country which he said has negatively affected development of basketball from the home front.

The former national basketball coach however appealed to other factions to sheathe their swords,withdraw the law suits and allow peace for the progress of the nation’s basketball.

Coach Isokpei said president of the Nigeria basketball federation Engineer Musa Kida is not happy that the domestic league for the make and female has been on hold despite the global respect accorded to the national male and female teams.

Addressing and motivating the campers,Reverened Bassey Iyang charged them to shun all form of immorality, ilegal antics that could mar their chances of reaching their desired goal of playing at the global state.

Reverend Bassey,a former team mate of Coach Andrew Isokpehi at the police team Lagos said only disciplined,focused and dedicated athletes can succeed irrespective of his or her talent.

The former basketball player promised to support the players with basic needs,Jerseys, counseling to suceed.

Also,Founder of a Non government organization Reverend Bola Iyang expressed delight with the level of passion and commitment among the players and said her organization will always be ready to support the talents.

According to Rev Iyang,the players need monitoring so as not to be carried away by the negative vices in the society and said her organization is poised at impacting morales,respect of values into the younger generation.

FEEL FREE TO CONTACT US FOR ANY SPORTS PROMOTION,PUBLICITY,NEWS AND SPORTING EVENTS ONON 08035397927.